ROUND AND ROUND YOU GO

There is a certain script domestic violence follows and survivors know it well.  Most advocates will attest that abusers are not impulsive or out of control, but rather rigidly in control. They carefully plan and calculate their abuse, be it subtle forms of control or threatening acts of violence. The cycle of abuse is a social cycle theory developed in 1979 by Lenore E. Walker to explain patterns of behavior in an abusive relationship. This phrase describes any set of conditions which perpetuated an abusive and dysfunctional relationship and to describe the patterns of calm, violence and reconciliation within an abusive relationship. The cycle of violence is something that can be passed down to children as they witness the violence growing up and fell like it is normal and how relationships are supposed to be. Although simplistic, the cycle continues to resonate with many survivors and its overall message is clear – domestic violence is destructive, ongoing and relentless.

Are you ready to get off the wheel? Learn how to safely leave an abuser in our Escaping Violence section. 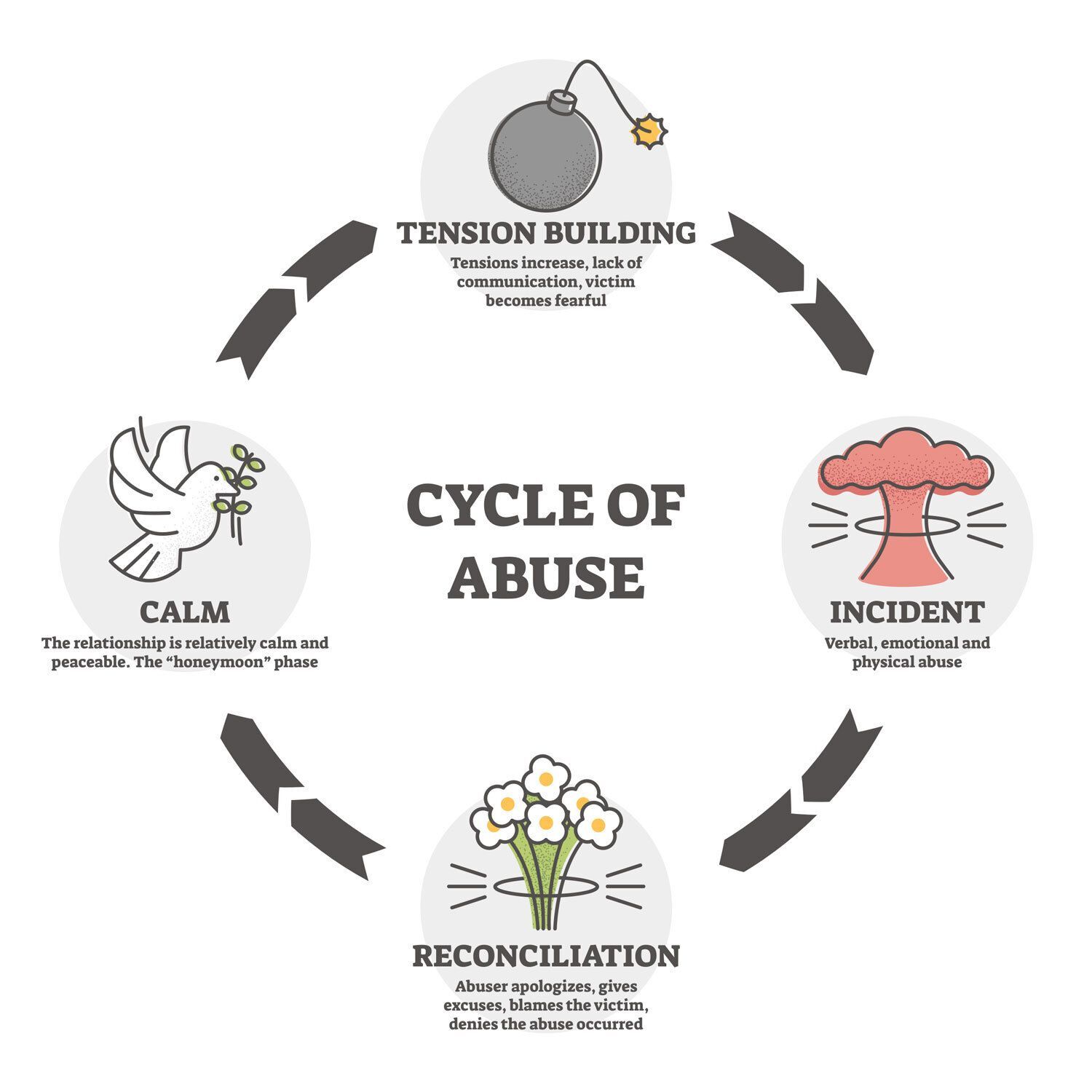 The cycle usually goes in the following order, and will repeat until the conflict is stopped, usually by the survivor entirely abandoning the relationship.